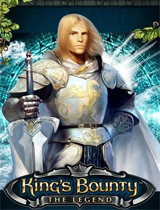 Can't play game on my system

FLASH | 1
Pros:
Cons: Unable to play game
Comments: Well, this is a fine how do you do. I can't play the game on my system, requires mega memoy or something. Downloaded it anyway to try; but I will not be able to complete the challenge (The throne) and am thoroughly disgusted that such a game would be chosen that blocks out all but the players with the most memory and fastest processors.

bFly2001 | 3
Pros: Winning Castles
Cons: Controls
Comments: You travel through this world, go on quest and command armies in battle. To win castles from bad/evil doers, trying to control everything was kinda hard and crazy. This game was not for me nor my children but maybe for others.